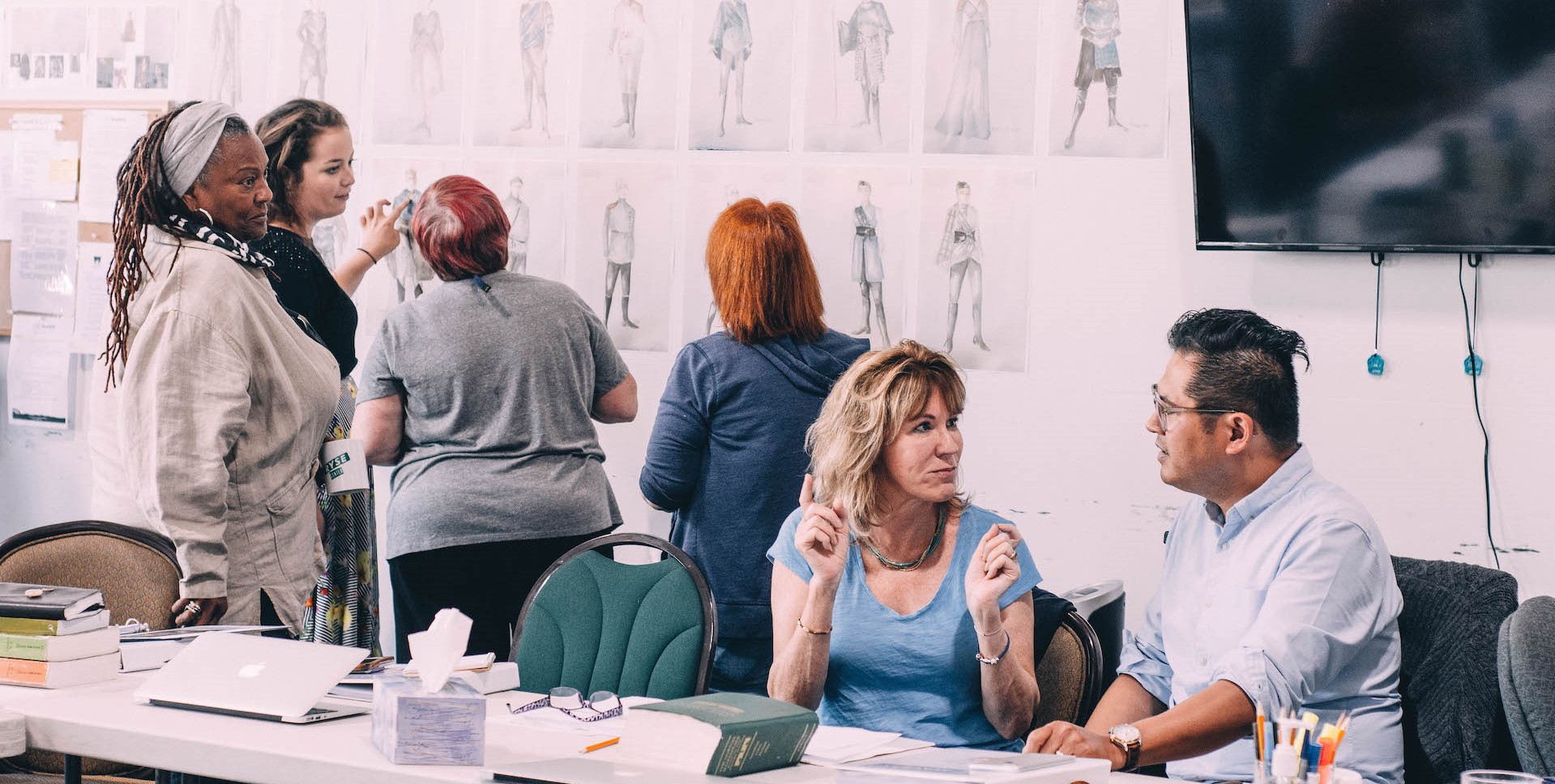 Truth and Meaning in Play: The Work of a Contemporary Dramaturg in Sounding the Pulse of the Collective Moment.

What does a dramaturg do? What can a dramaturg be? The dramaturg is not a special breed, like a peacock or an orchid - dramaturgy is a process, a way of seeing and experiencing, that "lives" inside us all. In one-on-one sessions with three transformative dramaturgs, Resident Dramaturg Philippa Kelly asks Faedra Carpenter, Martine Kai Green and Finn Lefevre to explore the exciting question of how dramaturgy helps re-frame and expand the way we see theater today.

Cal Shakes' Truth in Meaning at Play/ New Directions in Dramaturgy Initiatives are made possible by a generous award from the National Endowment of the Humanities.

Faedra Chatard Carpenter, an associate professor of theatre and performance studies at American University, is a freelance dramaturg, theatre scholar, and cultural critic.  Her research and creative interests focus on the study of race, gender, class, and sexuality within staged performances and within performance practices of everyday life. As a professional dramaturg, Dr. Carpenter has worked on performance pieces at various venues across the U.S.  She is the author of Coloring Whiteness:  Acts of Critique in Black Performance, and her scholarly analysis can also be found in a number of anthologies and peer-reviewed journals such as: Theatre Topics; The Cambridge Companion to African American Theatre; Women & Performance; Callaloo; Review:  The Journal of Dramaturgy; The Routledge Companion to Dramaturgy; and MLA’s Approaches to Teaching the Plays of August Wilson. Martine Kei Green-Rogers is Assistant Professor of Theatre Arts at SUNY: New Paltz and a freelance dramaturg. She was President of the Literary Managers and Dramaturgs of the Americas until 2020. Martine obtained her B.A. in Theatre from Virginia Wesleyan College (now Virginia Wesleyan University), her M.A. in Theatre History and Criticism from The Catholic University of America, and her Ph.D in Theatre from the University of Wisconsin-Madison. Her dramaturgical credits include work with the Louisville Orchestra, Pioneer Theatre Company, Plan-B Theatre, the Classical Theatre Company, Court Theatre; CATCO, the Oregon Shakespeare Festival. Her publications include articles in the Routledge Companion to Dramaturgy and Theatre History Studies. She is currently working on a manuscript titled In The Studio: Dramaturgy and Stage Design with Jesse Portillo, which is under contract with Southern Illinois University press. Martine is head of he Literary Managers and Dramaturgs of the Americas. Finn Lefevre is a dramaturg and applied theater facilitator whose work focuses on trans and queer communities. They currently serve as a lecturer at the University of Massachusetts Department of Theater and have previously taught in the Theater Department at Keene State College and the Department of Ethnic and Gender Studies at Westfield State University. They earned their MFA in Dramaturgy and a Graduate Certificate in Advanced Feminist Studies from the University of Massachusetts, and BS in Theatre Studies from the University of Evansville. Their recent projects include a traveling workshop called the Trans Naming Ritual, dramaturging and devising with the queer performance collective Queer&Now, and serving as the co-VP of Freelance for the Literary Managers and Dramaturgs of the Americas.  www.finnlefevre.com